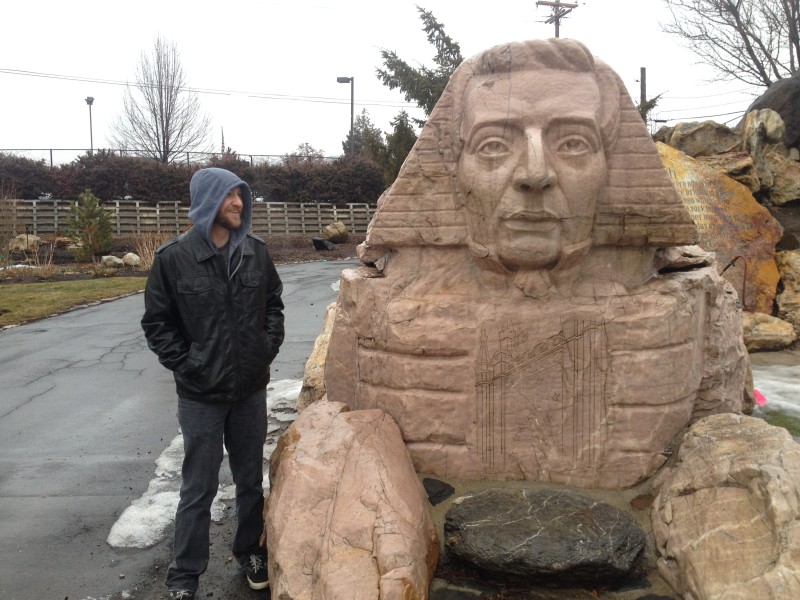 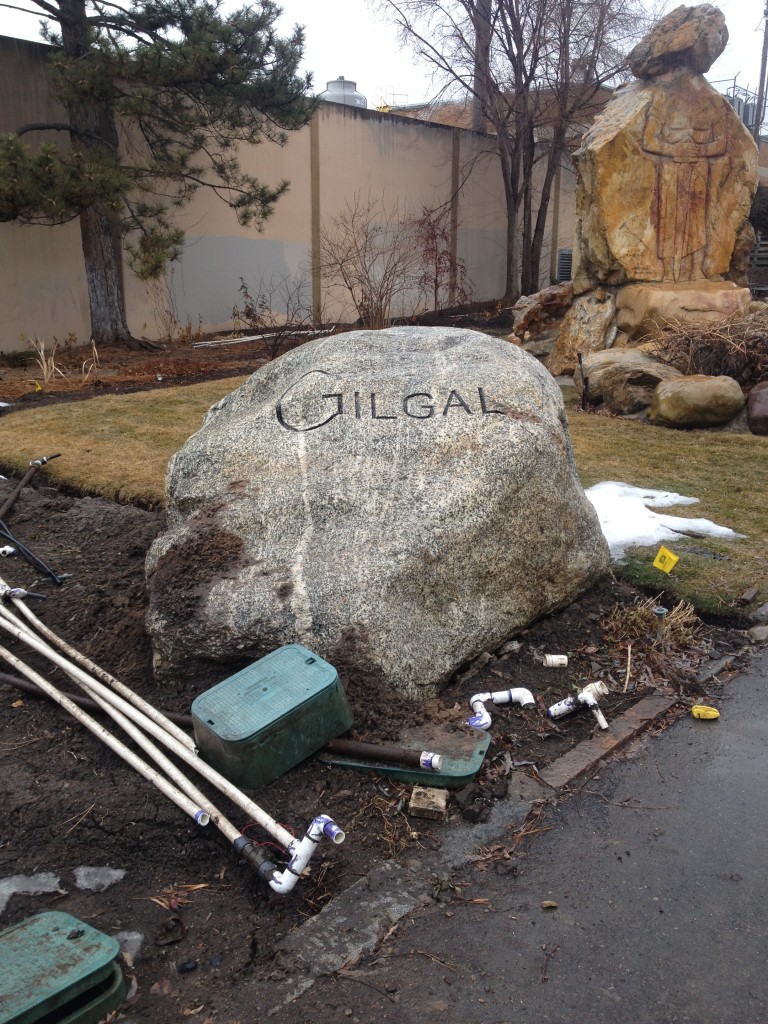 This is officially the weirdest place in Salt Lake City.

It’s easy to miss. If you’re careful, you can miss it forever. I lived in Salt Lake City for like a decade and never saw it, even though I lived about a mile away for a year or two. Of course, as soon as you know it’s there, it’s pretty easy to find. It’s at 749 East and 500 South near Trolley Square in downtown Salt Lake. You’ll know you’re in the right place when you feel a strange sense of foreboding and also see the gate that says “GILGAL” on it. It’s in between a couple of houses and just looks like some dude’s backyard, but it’s actually a full-on city park as of 2000, thanks to Mayor Rocky Anderson.

Anyway, little bit of background – the dude responsible for this is Thomas Battersby Child, Jr. He died in 1963 of what I am assuming was a slight bout of crazy. (Look, not to disparage a dead man, but this garden is nuts.) He started building it in his own backyard and it just got out of hand, I guess. You can read more about it here on Wikipedia.

So! The first thing you’ll see when you walk into Gilgal, assuming that you are looking left and not straight ahead at the Joseph Smith Sphinx (more on THAT in a second), is this great big rock. It says “Gilgal” because that is where you are. In case you’d forgotten, or just want to take a cool picture so you remember where this was. 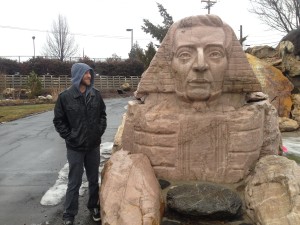 Okay, to be honest, though, what you’re really looking at first is the Joseph Smith Sphinx. For those of you non-LDS folk, Joseph Smith is the founding prophet of the LDS/Mormon faith. For those of you who are members, can you explain to me why this is a thing? Nobody has been able to adequately explain this to me yet. I know what a sphinx is. I know who Joseph Smith is. I don’t know why these things were combined or how they’re related. But look at the time and effort that must have gone into carving this thing. Seriously, there must have been a good six months of work where Tom had time to stop and think, “What the hell am I doing?” And I know he was the bishop of his ward and all, but surely someone at church came over for dinner and was like “Say, Brother Child, what is that monstrosity you’re carving out there? Are we sure this isn’t some kind of blasphemy?”

Honestly, it’s all downhill from here.

I went in February, so I suspect I was missing out on some of the glory of this garden. Perhaps during the summer, trees and shrubbery were able to properly conceal some of the weirdness, or at least offset it so it didn’t feel quite so cold and desolate. Also I’m allergic to cold, and I’m not sure how much of what I saw was just my brain reacting to anaphylactic shock. Anyway, here’s a little gallery of some of what’s in this place: 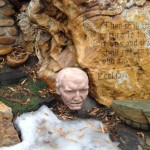 This was far more creepy in person than I can give it credit for here. 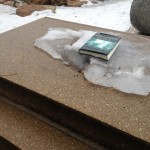 Some smartass thought it would be funny to put this Doctrine and Covenants book on the huge sculpture of the Scriptures. (They were right.) 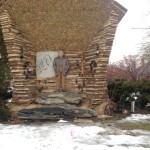 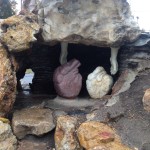 This refers to dead people and not dead people. I’m not saying they’re undead, just that they’re not dead. And this is really what this means. 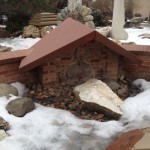 Is that…. is that The Scream in stone form? 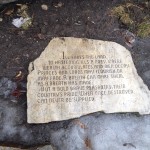 Lots of random verses like this lying around. I assume they are meaningful? I’m a bad Mormon.

So, basically, yes. You should go here. Absolutely. It’s free, it’s nearby (assuming you’re in Salt Lake), and it’s kinda cool. I’m not sure it’s the best ambassador for the LDS faith. I mean, I wouldn’t bring any of your non-Mormon friends around and suggest that this is totally normal and part of being Mormon, because it’s not. But it’s a pretty cool place to visit and totally worth the drive.

It’s pretty much in the middle of downtown Salt Lake City. You’re gonna need to just plug in the address (749 E 500 S, Salt Lake City, UT) into your friendly neighborhood Google Maps, and then go find it. It’s easy to miss. It’s squeezed between a couple of houses, with a black metal fence and a sign that says “Gilgal” on it.