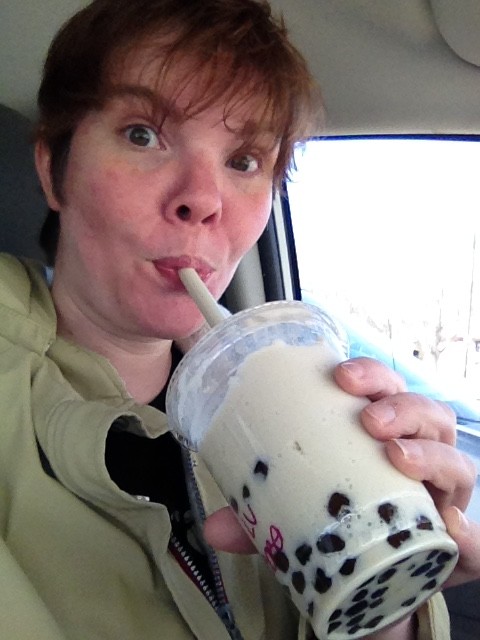 Nobody knows what a tim tam is but I promise they’re good.

I’m gonna start this post off for you guys with a little story: In February 2014, my employer (Oozle Media) moved offices from Sandy to, uh, further away in Sandy. At our new location, I had coworkers mention a cool deli/specialty grocery nearby that I should totally visit. My attitude towards such recommendations tends to be less excited, more “meh.” As in, “Meh, if this place were that cool, I’d have heard of it already.” 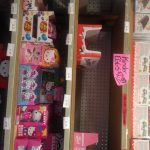 Are those Kinder Eggs? Hell, yes, they are!

Anyway, to continue making a short story long, I was invited to lunch with coworkers at Pirate O’s. It’s located at 11901 South 700 East right next to the Trax station. It’s actually primarily a gourmet grocery store, which also happens to have a deli serving super awesome sammiches, boba tea, smoothies and coffee. Not just sammiches, by the way, but panini-style sammiches as well.

Olive Garden sure doesn’t have this kind of pasta variety.

But before I get into the deli, I have to tell you – I walked in and was immediately grabbed by all the imported candy. It varies constantly, since they run out of stock on one thing and rotate in whatever else they’re getting at that time, but generally speaking it’s pretty amazing. I can’t take pictures of every single awesome thing in this store, or I will seriously run out of room in this blog post. Besides, it would waste your time, since after reading about all the candy, you’ve realized it’s incredible and you’re on your way there already. It’s okay. That’s understandable. Read the rest when you come back.

Seriously, who the hell needs this much Torani?

Moving on. The store has an incredible number of products. I know a dude there named Reese (hey, Reese!) who told me that the store carries around 10,000 unique products. That’s about the same as Target’s grocery section, only in a much smaller space. Plus these are all *awesome* things and not just staples like cereal, loaves of bread, and milk. No, this is stuff like every flavor of Torani possible (I assume), several varieties of cheese, handmade and specialty butter, cookies, multiple types of beef jerky, freeze-dried fruits, tons of jams, and an entire room dedicated, apparently, to pasta. I actually bought Halloween-themed pasta here and then told my kids I was making them creepy pasta for dinner. They did not appreciate my humor. 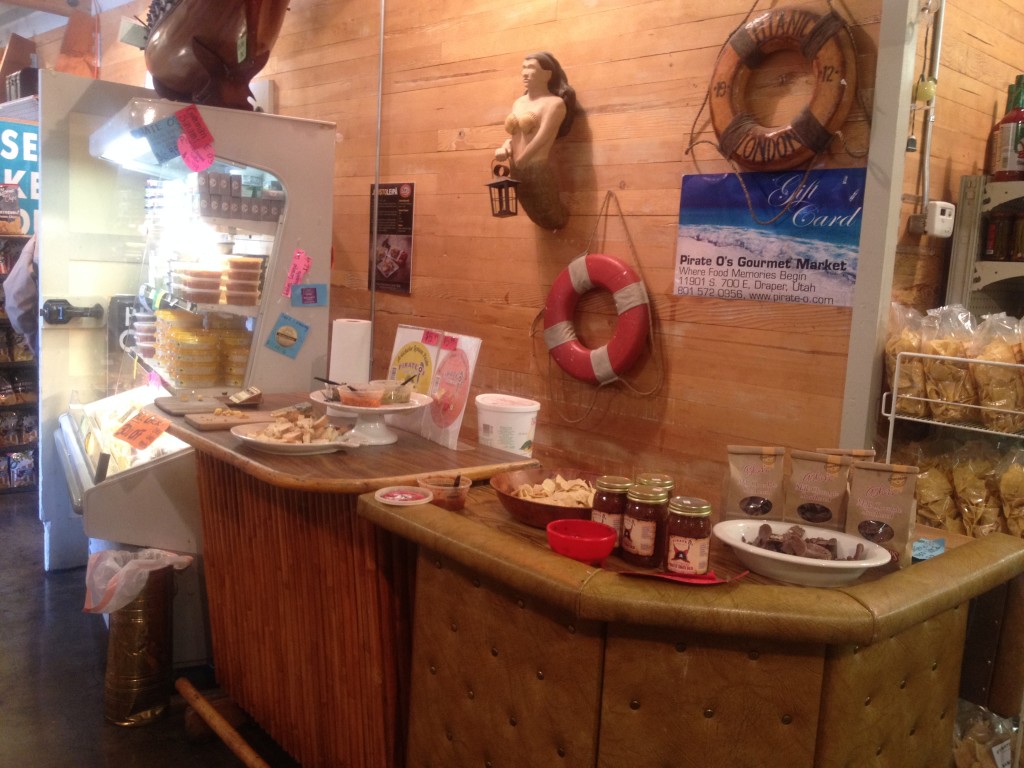 And God bless them, they set up a little display around lunch time to let you try out some of their products. I “try” their hazelnut tomato pesto every time I visit. It’s sooo good. But I should try it one more time to be sure. 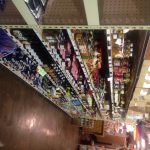 Lookit all this jelly. JUST LOOK AT IT. And then try some. It’s pretty good stuff. I recommend the jalapeno fruit ones. 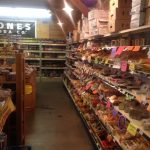 Enough cheese to make you regret coming here, if you are lactose intolerant and incapable of saying no to delicious cheese.

They have a refrigerated section with tons of varieties of cheese, including squeaky cheese (which is the coolest), soft cheeses, hard cheese, cream cheese, cheese for fondue, and so on. There’s a section with rolled butter and Irish butter, and also something made with sesame seeds whose name I can’t remember. And a ton of gourmet sodas. We came here once and got bacon soda, because it existed, but they also have a ton of stuff like Jones Soda and root beer and so on.

You should also make sure to check out the huge selection of sauces, curries, jellies/jams, and salsas over on the east side of the store, as well as all the crackers, cookies, pastries, coffees, teas and spices/oils on the west. Much of this stuff is imported from other countries, by the way, so it’s a good place to look if there’s some specific item you love that isn’t sold in regular grocery stores. Though they do have some typical grocery store products, like some of the cheese, you simply can’t match the variety anywhere else.

So!! Enough gushing about the grocery section, which I have managed to do for a substantial amount of time. The deli! The deli is pretty awesome. They have I think like 20 different kinds of sandwiches. I always get the turkey, havarti and lingonberry panini sandwich. You should, too. I recommend this. My coworkers always get the, uh, number 15 I think it is. Look, I didn’t write this stuff down before writing out this article. I just know it has ham or something on it, and I’m not into that, but everyone else says it’s the greatest.

They also serve coffee, frappes, smoothies and boba milk tea (the blended, frozen kind). I don’t drink coffee, so I can’t speak to that, but at various times over the last year, I’ve had the pistachio frappe, which is totally delicious and pistachio-y, a couple of different types of smoothies, which were a little sweet for my tastes but still good, and three types of the boba milk tea. I actually used to strongly dislike boba, because I’d had some in New York at one point that tasted kinda funky and I just couldn’t wrap my mind around the balls of tapioca. This was the first time I’d tried boba tea in 2 years. I don’t know what the difference was, but this time around, I’ve been a huge fan. This visit, I got lavender vanilla – only one of those things is an actual flavor, by the way, Pirate O’s. Lavender is a flower, not a flavor. Anyway, doesn’t matter, it was awesome and I loved it. You should also try the rose tea, which kinda tasted like lavender to me but that just means it was also delicious, and the Boba Fett, which isn’t on the menu or anything but if Reese is there, he’ll know exactly what you mean.

It’s comical how much I love this place. I don’t come here for lunch as often as I’d like, but honestly it’s because the sandwiches are kinda huge and I don’t want to become fatter and more out of shape than I am (please see my other articles for reference thanks). Also, being a gourmet grocery, the products here can be a little bit on the expensive side – spending $15 on a box of chocolate liqueurs, while yummy, isn’t something I can manage regularly. However, this is a great place to go for things like fun gifts, ingredients for a nice dinner, special candy for the kids (mine love the Kinder Eggs, which you literally can’t get anywhere else), lunch with coworkers, boba tea… basically it’s great for lots of reasons, and you should go to here.